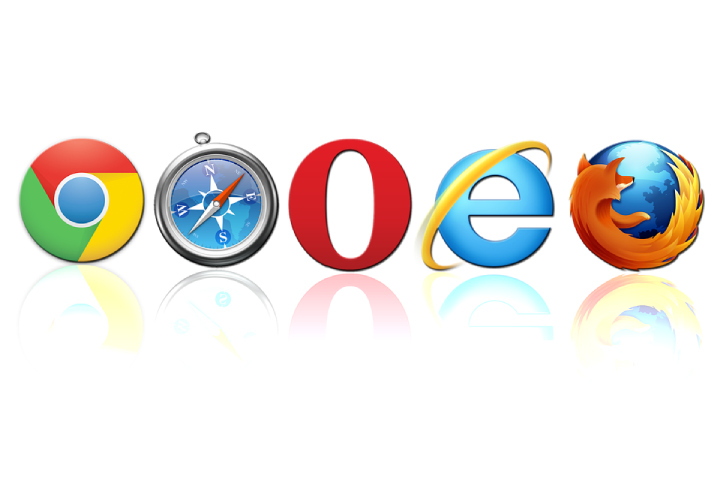 Choosing between Windows, macOS, or Chrome OS is deciding on mutually exclusive options, but choosing between different web browsers is not the same. You can download any of them on your computer, no matter what operating system it has. To help you decide, we analyze the most popular web browsers and share our impressions with you.

Google Chrome browser is one of the best browsers in the web world. Chrome is ubiquitous. With a host of powerful features, full Google account integration, an ecosystem of extensions, and a trusted suite of apps, the browser sets the resting stage. It even blocks some fraudulent ads.

With a mobile application available on the leading platforms, you can keep your network data synchronized and navigate multiple smart devices. If you sign in to a Google account on one device, all your Chrome bookmarks, saved data, and preferences will appear immediately. Even the extensions will be synchronized.

Google released Google Chrome 69 to celebrate the web browsers’ 10th birthday with a significant visual redesign and new features. The user interface has been smoothed out, leaving behind sharp edges and rough angles.

Browser tabs are now easier to identify thanks to more visible favicons, ideal if you keep lots of windows open. Please note that as of Chrome 71, you will not return to the previous interface.

Also, bookmarks are more accessible and manageable on the New Tab page. Some of the changes in Google Chrome 74 include a dark mode, following Windows 10 settings, and incognito detection blocking, so that sites cannot know that they are covertly browsing.

What is the result? Chrome is fast, free, light, and more attractive. With an advanced ecosystem of extensions, it is as comprehensive as you like. Everything is right where it could be; privacy and security controls are set in plain language. If you are not sure which browser to use, we recommend Chrome.

Mozilla Firefox is the best alternative to Google Chrome. Firefox is in a very close second place. Mozilla has taken great strides to make its application truly modern to navigate, such as its upgrade to Firefox Quantum or the virtual reality-focused alternative.

However, the changes were not only external. Firefox Quantum is designed to take new advantage of multi-core processors so that its competitors don’t.

It won’t make much of a difference in daily use, but Mozilla Corporation hopes it will be advantageous in the future. In this way, Firefox Quantum will be better positioned to take advantage of faster and faster processors.

Behind those changes, it’s still the same Firefox that we all love. It is a powerful browser with an extensive catalog of extensions and customization of the user interface.

The new Firefox Mobile application has Quantum support, making it faster. You can share bookmarks between devices, although you must have a Firefox account. In that sense, integration is not as easy as in Chrome.

It also has a small advantage. Because it’s older than Chrome, some older web apps, like those at your university or work, work better in Firefox than Chrome.

The newer version, Firefox 68, does a better job of keeping you safe from sites that want to track your web activities. It does not offer more than Google Chrome, but its latest update makes it a beautiful alternative.

Opera is the most innovative browser. Opera shares Chrome’s DNA. Both are based on Google’s Chromium engine and, as a result, have a very similar user experience. Both have a hybrid URL / search bar, and both are relatively light and fast.

Differences appear when you look at features. While Google Chrome is based on an advanced ecosystem of extensions or plugins, Opera has some built-in functions.

It also has a predictive website preload capability and an instant search feature that isolates results. Simultaneously, the current page fades into the background, allowing you to focus on the research task.

Starting with Opera 55, you can install a Chrome extension, to run the same plugins as if you were using the Google browser. If the wide variety of Chrome extensions is essential to you, Opera offers you an alternative. With version 56, the application was perfected, becoming one of the best browsers.

Opera allows you to save web pages to read later without having a Pocket or Evernote account. Similarly, it has a speed dial menu that puts all the most frequently visited pages. Chrome does, too, but only in a new blank tab. Finally, Opera has an unlimited VPN service incorporated, making it a more secure option.

But the most significant changes came with Opera 60 and Reborn, a complete makeover that brought a new borderless design, Web 3 support, and a Crypto Wallet, for blockchain-based sites. If you are looking for a browser with many functions, privacy, and security, Opera is an excellent option.

Microsoft Edge is the browser with the most potential. A couple of years ago, Microsoft created Edge, its browser for Windows 10. This project was a failure, as it failed to gain market share despite being built into Windows 10 by default.

Now Microsoft is rewriting it as a Chromium application, taking the lead from Google, and doing something. Although it has a visual similarity to the old version, the new version is in beta, and inside it is entirely different.

For now, there is not much to say about the new Edge. You can try one of the beta versions, and it will work fine. It is possible to sync only some settings on all platforms, use a limited selection of Chrome extensions, and customize the browser in a limited way.

Why do we focus on this version if it is so limited? First, because there is no reason to invest in a browser abandoned by its developer. Second, it has something its predecessor never did: it is available for all platforms, including macOS, making it an alternative for those who have not been linked to the Microsoft operating system.

If you look for something more experimental than Chrome or Firefox, download the Edge Chromium beta and see what it does. It may surprise you. And now that it’s decoupled from Windows 10, it’s updated more regularly.

If you run Apple platforms exclusively, you can consider Safari if it’s not your default option yet. Apple Safari might not be the fastest Mac web browsers since Chrome is significantly quicker, but it is entirely compliant, and last.

Still, not least, it is the most integrated into macOS, which means that you will feel more at home, and you will probably get a better duration. Battery thanks to some Mac-specific optimizations.

Safari is also very focused on privacy and security. If you want to minimize the way they track you and if Big Brother is looking over your shoulder, Safari is a good option. If you also use an iPhone and iPad, then using Safari on your Mac will make the most seamless transition between platforms.

The most valuable tool for safe browsing is user discretion, especially knowing that all web browsers have suffered from security breaches in the past. In particular, Internet Explorer (IE) and Chrome’s reputation for protecting users’ security and privacy credentials is patchy at best.

All web browsers also offer a private session option, which bypasses the storage of history, temporary Internet files, and cookies. But browser support for Do Not Track is still patchy.

Mozilla made some strides to differentiate itself from others with a real focus on privacy in recent years. It even debuted a Facebook Container in 2018 to make it difficult for the social network to collect user information.

The 10 Best Music Apps For iOS and Android

How to Take a Screenshot on a Samsung Phone