What is a Computer Hard Drive, and How Does it Work? 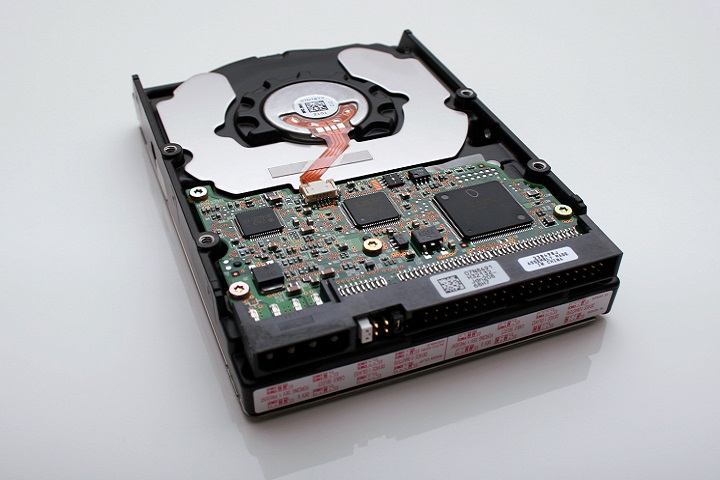 What is a computer hard drive, and how does it work? It is one of the typical questions that most non-computer specialists usually ask. Eventually, they often mistake it for RAM memory. The answer is a simple analogy: a hard drive is like a filing cabinet where you keep books (hundreds or thousands, to say a number).

RAM is the desktop where you work with a certain amount of books, with which you can work simultaneously (10, 20, or a little more). But, if you want to know exactly how she does it, read on.

1. The Purpose of The Hard Drive

The hard drive is when your computer stores long-term data that is not erased when turned off (unlike RAM). A hard drive not only stores your personal or work files, but all the code required for your operating system, the browsers used to connect to the internet, the drivers for your accessories, and everything else.

When people talk about computer storage, they mean the hard drive (HDD or SSD, see more information below).

Each hard drive has a specific amount of space, part of which is automatically consumed by the operating system and backup installations. You can fill the rest with the data you download and save, be it from a new application, music, or photos of your vacations. 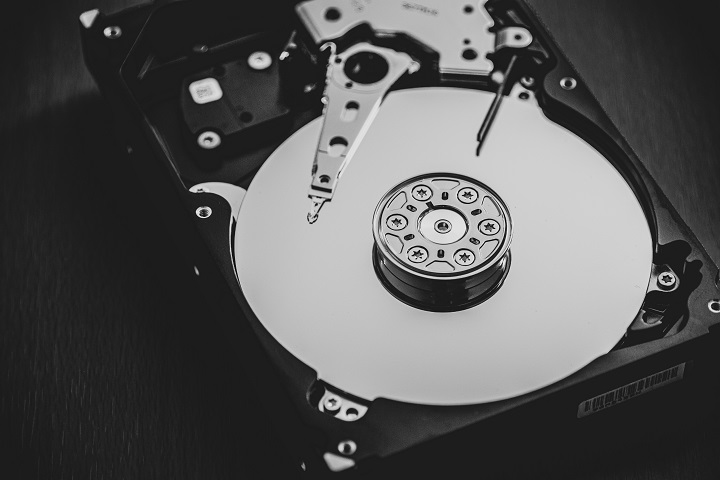 Hard drive space is no longer as necessary (or as expensive!) As it once was. This is because today, you can run software and store data in the cloud, which does not require local storage, freeing up precious space on your computer.

This cloud-based dependency – which relies on remote servers and their hard drives in data centers – is initially powered by Google’s Chrome OS platform. Chromebooks have very little “physical” storage space due to their reliance on streaming and cloud solutions. That’s changing to some degree, thanks to the growing support for Android apps from Google Play.

2. Birth of The Hard Disk

Have you ever wondered why the central storage unit is always assigned the letter “C:”? This is because of the first commercial; personal computers did not have a hard drive due to their high cost. At that time, it was common to work with two “floppy disks.”

They were called flexible because they were made of an x-ray like the type of plastic, and inside semi-rigid plastic packaging, the first units were 5.25 inches. They were later discontinued by 3.5-inch high-density drives (the former had a 360 and 720 Kb capacity and the latter of 1.44 MB). 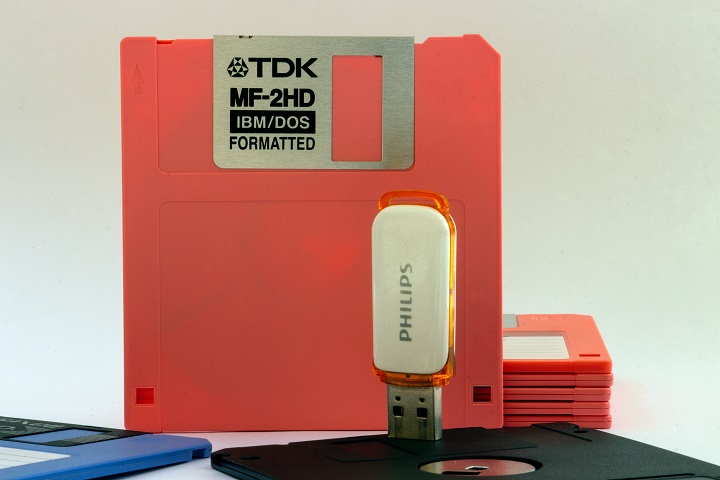 The first floppy disk contained the disk operating system (DOS) and the program you would work with. On the second disk, you kept all your work. The first drive was assigned (“mapped”) by the operating system as drive A, the second drive was assigned drive B, in this way, when the hard drives arrived, they were assigned drive C and the CD drives they were assigned (you guessed it!) unit D, and so on consecutively and alphabetically.

Reynold B. Johnson developed the first real hard drive at IBM in 1956. Johnson’s team initially experimented with other methods of storing data on things like magnetic tape. However, his team discovered ways to store information (in the form of bytes) on metallic magnetic disks, which could be overwritten with new information as desired.

This led to the development of an automated record that reads like a record player, except that it was much more significant. The first commercially available version, RAMAC, had a hard drive about the size of a kitchen pantry.

Later, IBM set out to develop floppy disks in the late 1960s to quickly load code onto its mainframes. These disks initially measured eight inches in diameter with read-only data. The first commercially available read/write drive did not appear until 1972 when the team leader, Alan Shugart, emigrated to Memorex. 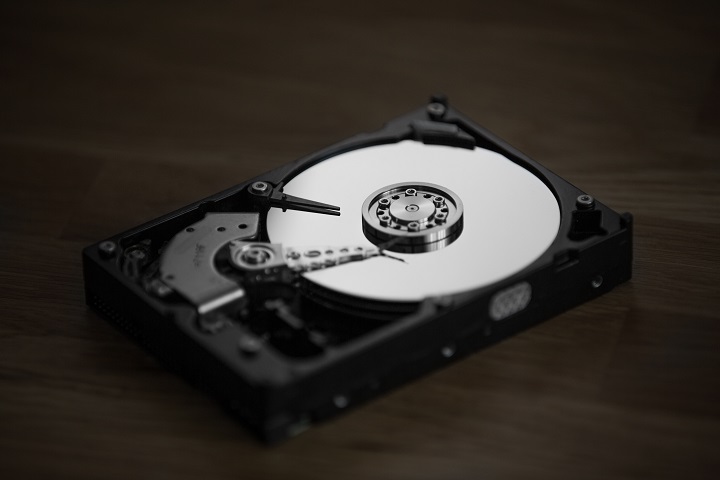 In general, these two parts, the smaller, more transferable “floppy” and automated magnetic disk, became the backbone of the initial hard disk. For many years, the method of storing data remained the same, while significant improvements were made in how the hard drive could store, read, and eventually write data.

Hard drives are internal or external. Internal means they are located inside your desktop or laptop and directly connected to the main card. External means that they reside outside of the computer and are generally connected via a USB or Thunderbolt cable.

The external hard drive is usually slower than the internal one due to the type of connection, but they can also be disconnected from the computer without any problem.

You may or may not be able to update an internal drive for desktop computers, you can easily remove the side cover, disconnect the current drive, and plug in a new journey. On laptops, the update process may not be that simple.

Previously they had exclusive access for the hard disk and the memory at the bottom that gave you access for an almost immediate change, currently, most laptops, to save on manufacturing processes, they eliminated that access and now it is necessary to open the bottom cover completely to change the hard disk or memory. 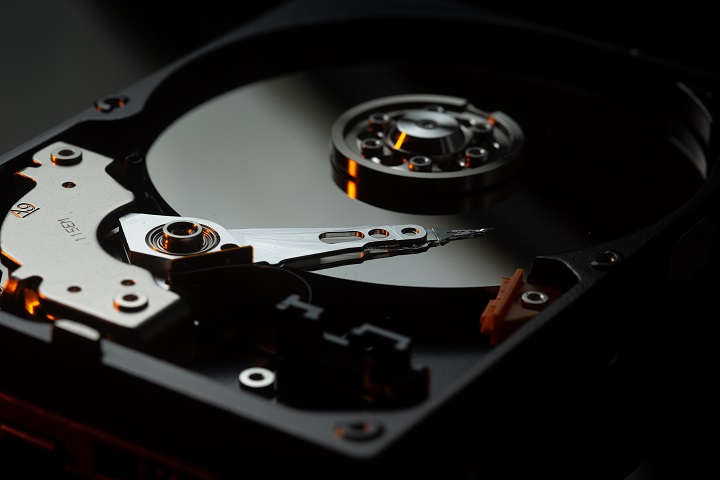 Some laptops from various manufacturers do not have removable storage. They have a direct room on the main card, and although it is not impossible to change it, an expert must do it, if possible. Read the specifications on the manufacturer’s websites for how to properly change your laptop drive.

HDD: Hard drives use a rotating magnetic disk that contains information written on tiny tracks, somewhat like a record player. This requires moving parts, heads explicitly to read and write data to the disk, as needed, and the propulsion necessary to spin the disc. It is a simple method that makes purchasing hard drives very economical, especially when creating large storage configurations.

SSD: There are no moving parts on solid-state drives. Instead, these units use semiconductors that store information by changing the electrical state of tiny capacitors. They are much faster than HDD hard drives and can store data more easily without worrying about wear and tear on parts. SSD drives are the reason modern computers boot up so fast. 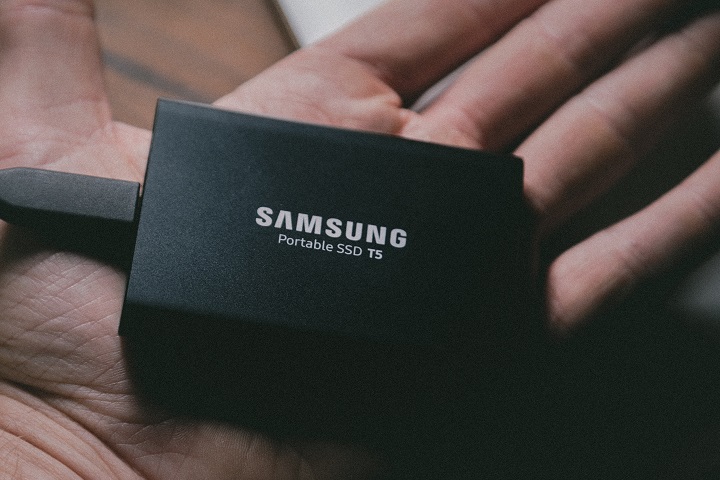 4. Essential Qualities of The Hard Disk

Space: Check out the specifications available for computers today, and you’ll see storage options in multiple terabytes. SSDs are particularly crucial for HDD storage because they store data in a much smaller, multi-layered space. This is why we have phones that can store all of our favorite music, videos, and pictures.

Speed: The speed of a hard drive depends on how fast the data can be read or written. That includes your connection to the computer, which can hamper your data flow and, ultimately, your performance (see below). For mechanical hard drives, too – 7,200 RPM drives tend to be faster than 5,400 RPM drives. However, both are much slower than SSDs.

Physical security: Physical security is generally about durability, whether your hard drive is hidden inside a computer or an external version that you can carry. It needs to withstand shocks and pressure, as well as heat and other environmental problems. More advanced hard drives may also have features that help prevent piracy or discourage theft.

Connections: A hard drive can be connected via SATA, PCI-express, USB, or Thunderbolt connectors. Connection type affects speed; therefore, if you connect an external SSD to a USB-A 2.0 port, the maximum data throughput is 60MB per second, no matter if your SSD can read or write 1,800MB per second. Connections also determine compatibility and upgradeability, so always check before purchasing or upgrading.

What is Email Marketing, And What Types of Campaigns Can We Create?