What is Android TV? Everything This System Offers and Promises

What is Android TV exactly? How is it different from the operating system your phone or tablet runs? Why, in a world where we already have Roku, Apple TV, Amazon Fire TV, and even Google’s Chromecast devices, would we need another smart TV and media streaming platform?

The simple answer to all this is that Android TV allows you to interact more with these services, but it also makes it easier to download applications and other functionalities that get the most out of your TV.

Android TV, as you may have guessed from its name, is a version of Google’s Android mobile operating system that has been specially configured for televisions. That description, however, doesn’t convey how different Android TV is from Android.

Instead of displaying a screen full of apps or widgets like search or weather, the Android TV home screen focuses on helping you discover the content that you can enjoy on your TV, either through one of your TV services. Subscription like Netflix or Google Play Music or your content collection through programs like Plex.

Your favorite apps are displayed as “stripes” made up of a horizontally scrolling set of recommendations and recently viewed content from a particular app.

Android TV lets you access the Google Play app store, where you’ll find thousands of apps that have been specifically designed for the Android TV experience, meaning you won’t have to struggle to read tiny text or try to navigate. Apps that only work when you can slide them with one finger.

Google Assistant is included in each version of Android TV, making it possible to control the content of your TV by voice and all smart home products. Also included is Google’s Chromecast technology, allowing you to play videos and initiate screen sharing from compatible smartphones, browsers, and apps. 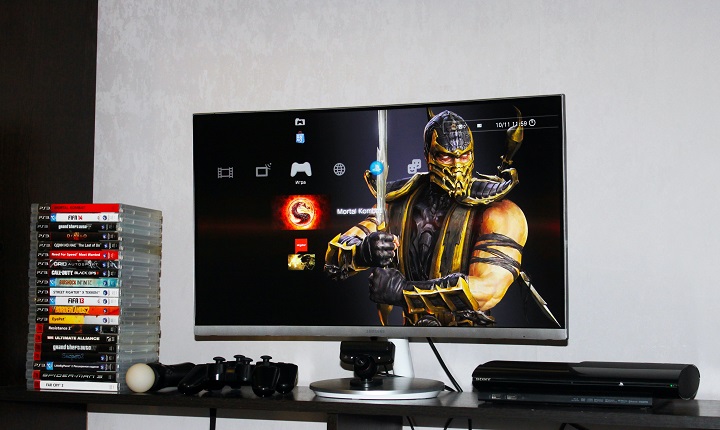 Android TV comes pre-installed as a smart TV experience on select TVs from Samsung, LG, Sony, Hisense, Sharp, and Philips. You can also add Android TV to any existing TV with an HDMI port, with an Android TV set-top box from companies like Nvidia, AirTV, and Xiaomi. Prices for these devices range from $60 to $200.

Prices for these devices range from $60 to $200. There’s also the JBL Link Bar, a $400 soundbar that packs Android TV and Google Assistant into a single home theater speaker.

For those who prefer a stick-style device, Xiaomi intends to launch the Mi TV Stick with Android TV later in 2020, priced at around $80.

If you subscribe to AT&T TV services, they may already have an Android TV device. The company uses a custom version of Android TV on its set-top boxes, so it works with the Google Play Store, and you have Google Assistant voice access from the remote. 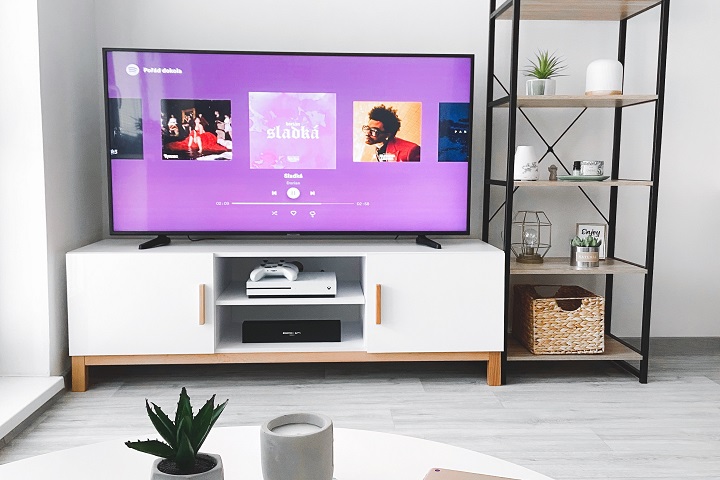 In the same way, be careful with the so-called Android TV boxes of brands that you do not know. These are often video players that use an older version of Android and do not offer the most up-to-date Android TV experience. For an up-to-date list of all official Android TV devices, check out Google’s product page.

Although it is possible to use the essential functions of Android TV without a Google account, if you want to download additional applications or use the Google Assistant, you need a Google account. It will ask you to enter your Google account when you first set up your Android TV device.

If you already have another Android device, such as a phone or tablet, you can use it to speed up the setup process. It will ask you to choose a Wi-Fi network (if you don’t have an Ethernet connection) and answer a few questions about locations and preferences, some of which will vary by device type. At the end of the short process, you will get to the Android TV home screen.

Android TV devices, whether they are televisions or external set-top boxes, come with voice-capable remote controls. Once you turn on the device, and it shows the home page on the screen, you can navigate the interface using the directional and input buttons on the remote control.

A back button allows you to return to a previous screen or menu, while the home button returns you to the home screen. The top strip always shows your list of installed applications, for quick access, with a link to the Google Play Store so you can get more apps.

But to get the most out of Android TV’s features, you’ll want to use Google Assistant. Depending on your device, you may be able to say “Hey Google,” but it is always possible to use the microphone button on the remote control. When you do, you don’t need to say “Hey Google” first, because when you press the button, you already hear the instructions.

3. What are some of the Android TV voice commands?

To some extent, what you can ask Android TV to do through Google Assistant will depend on the streaming services you have access to. For example, “Put Stranger Things on Netflix,” will only work if you have a Netflix subscription; however, many commands are universal, such as: 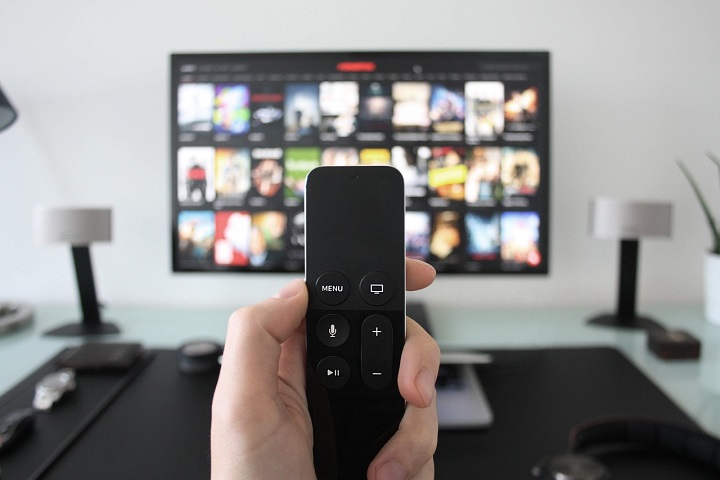 Additionally, you can use any of the Google Assistant smart commands, which vary depending on the smart home devices you have on your home network.

4. What are some of the most popular Android TV apps?

Netflix is ​​the most popular app of all streaming platforms, but there are plenty of other lesser-known apps that are worth installing.

For years, Hulu refused to update its Android TV app. This meant that the Live TV option was not available to Android TV users. That finally changed in 2019, and now Hulu + Live TV is joining Sling and YouTube TV as one of the many great options that can be enjoyed on Android TV.

Kodi is a powerful application that works as an entertainment multimedia center with which you can find and organize all your content in an easy-to-navigate interface, with support for almost any multimedia file you can think of.

Highly customizable, Kodi has a reputation for being an app that lets you watch Hollywood movies for free, but I warn you. This type of activity on Kodi isn’t always legal. Find out before if the add – ons ( adds-on ) that facilitate viewing are legitimate or not.

Like Kodi, Plex uses the client/server structure that allows you to view and play your media files and much more. It’s a much more powerful and fun way to enjoy your movies, music, and photos than merely placing a USB drive in the back of your cable box or television.

We have a guide to using Plex to help you get the most out of it, whether you use it on an Android TV or any of the supported devices. 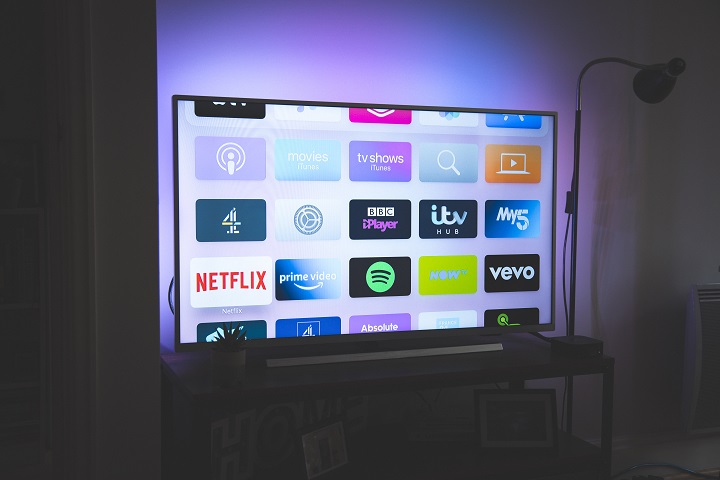 Amazon Prime Video, which has been absent from the Android TV platform for years, is back and is available on the Google Play Store for most Android TV devices.

Android TV already supports screen mirroring from Android devices via Chromecast, but iOS users need a solution. That’s where AirScreen comes in. Upon download, your Android TV will appear as a selectable AirPlay device in the iOS Control Center. That’s all you have to do.

Although Google is the driving force behind Chrome, one of the most popular web browsers on the planet, Android TV surprisingly does not come with a built-in browser of any kind. Puffin TV is one of the many apps on the Google Play Store that tries to solve this omission, and it does so with an interface that is ideal for television. Stripped of all essential features, it’s an excellent way to quickly access the web for an occasional task that Google Assistant can’t facilitate.

There are tons of games for Android TV, too many to list here. Great titles like Asphalt 8: Airborne, Zen Pinball, Crossy Road, Grand Theft Auto, Final Fantasy, and many more are available on the Google Play Store.

If you can’t find what you’re looking for in the Google Play Store, Android TV has another way to add apps called side-loading. Although not as convenient as buying and installing apps through Google Play, sideloading is sometimes the only way to add hard-to-find apps.

This How-To Geek guide explains the process. However, keep in mind that Google doesn’t independently check uploaded apps for things like malware. There may also be compatibility issues, especially if the application in question was not designed for Android TV.

5. Is Android TV the same on all devices or televisions?

Just as no two Windows computers are precisely the same, there are differences from one Android TV to the other. For example, on a Sony TV, you’ll find image calibration settings like Sony’s proprietary Reality Creation image processing.

On the Nvidia Shield TV, you’ll have access to Nvidia’s GeForce Now game store, because that particular Android TV device is meant to function as a powerful gaming platform. 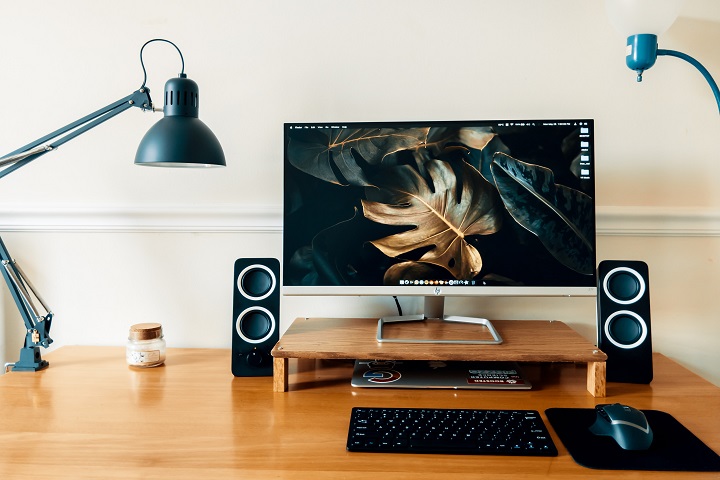 It is also possible that due to differences in processing power, not all Android TV devices are equally responsive. Early Sony TVs with Android TVs felt somewhat sluggish as their underpowered chips struggled to render the interface and respond to menu options. The new Sony TVs have been greatly improved, and the Nvidia Shield TV remains the gold standard for fast Android TV performance.

This difference in processing power is unlikely to affect the device’s ability to stream content from a service like Netflix. Still, it will impact apps like Kodi and Plex as they need the device’s processor to play different media files. Games can also be affected.

Another difference to keep in mind is support for 4K, HDR, and Dolby Atmos. Xiaomi’s Mi Box S, for example, can handle 4K and HDR, but it doesn’t support advanced surround sound formats.

6. Is Android TV Right For Me?

Good question, and as always, the answer is: it depends. The easiest way to tell if it’s right for you is to consider the alternatives, specifically Roku, Apple TV, Amazon Fire TV, and game consoles like the PS4 and Xbox One S / X.

All of these platforms have benefits, but none have the combination of Google Assistant’s Android TV and Chromecast, a potentially deadly combo for those already heavily interested in the Google ecosystem.

If you are thinking of buying a new smart TV that uses Android TV, we tell you to do it with confidence: Android TV may not be as polished or as simple as Roku or Apple TV, but it is getting a better time.