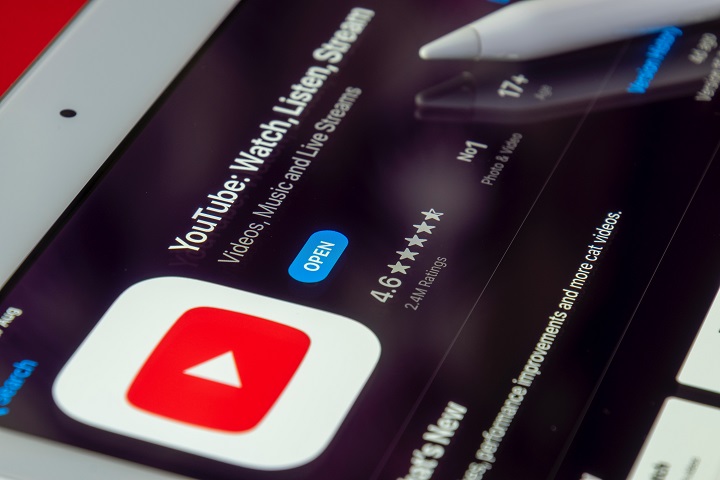 If they say “streaming videos,” it is sure that the first thing that comes to mind is YouTube. That’s why YouTube TV, Google’s live TV streaming service, makes a lot of sense. Watch live TV from 85+ channels Available in the U.S. nationwide.

Designed for those who want to cut the cord and ditch their subscriptions, YouTube TV competes in the same arena as other streaming TV services like DirecTV Stream (formerly known as AT&T TV Now and DirecTV Now), Pluto TV, Sling TV, FuboTV, and Hulu With LiveTV.

YouTube TV launched in 2017 and was initially only available in limited areas. After a significant expansion in January 2019, Google said the service now covers more than 98 percent of US households, so unless you live in the middle of nowhere, there’s a good chance it’ll be available to everyone.

Many of the features you’ll find on other streaming services are here, but the service has a somewhat limited channel menu compared to some competitors.

Unlike Hulu with Live TV — which combines a live TV streaming service with your standard Hulu experience — YouTube TV is a standalone product. You can’t just go to the YouTube website and start watching, as you’ll need to install YouTube and YouTube TV apps separately on mobile and streaming devices.

YouTube TV has also significantly expanded its collection of channels. With over 70, including all major broadcast channels (BBC, ABC, NBC, CBS, and FOX), you get terrific content options.

Despite the name, YouTube TV is not part of YouTube; Google runs the operations of both but separately. You will need two apps on your streaming service if you want access to both.

That does not mean that it is the only thing you will pay for on YouTube TV since it has a series of additional channels for which you have to pay extra.

Here are the optional additional channels available on YouTube TV:

4K Plus ($20/mo. after 1-month trial; $9.99 for the first year for early customers): Available June 2021, 4K Plus lets you watch select YouTube TV content in 4K resolution. That means series on-demand series like What We Do In The Shadows, Struggle Meals, American Titans, Snowfall, and more. Plus live sports from channels like ESPN and NBC. 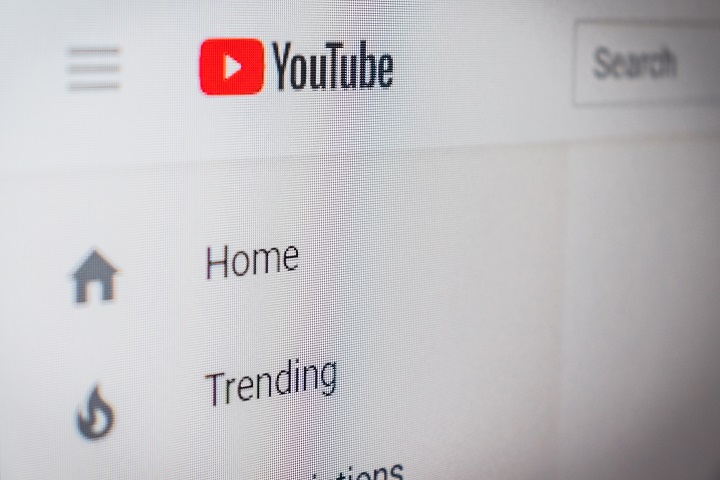 HBO Max ($15/mo): New HBO Max Originals and included networks, plus all the HBO content you know and love.

MLB.TV ($27 per season): Includes all games outside of your market.

Showtime ($11 per month): Premium movies and series. It comes with a 14-day free trial.

Hallmark Movies Now ($6/mo): All Hallmark movies and series. It comes with a seven-day trial.

Cinemax ($10 per month): Premium movies and series. It comes with a seven-day trial.

EPIX ($6 per month): Premium movies and series. It comes with a seven-day trial.

CuriosityStream ($3/month): Science shows. It comes with a 14-day trial.

If you have a relatively modern phone, TV, tablet, or computer, there’s a good chance you can use it to watch YouTube TV.

As far as mobile phones and tablets are concerned, YouTube is available on Android (as long as you have access to Google apps ) and on iPhones.

YouTube is available on TVs from Samsung, LG, Vizio, Hisense, Sharp, Sony (and anything else that uses Android TV as its operating system).

Streaming media players are also compatible with YouTube TV. The service is available on Roku and Amazon Fire TV. You also find it on Chromecast with Google TV and other Android TV devices like NVIDIA Shield. Apple TV is also supported.

You can also find it on game consoles, such as Xbox One via the newer Xbox Series X and Series S. PlayStation 4, PS4 Pro, and the new PS5. Also, in browsers, as long as it’s not Safari. And if you have a smart home, you can also see it in the Google Nest Hub and Nest Hub Max. 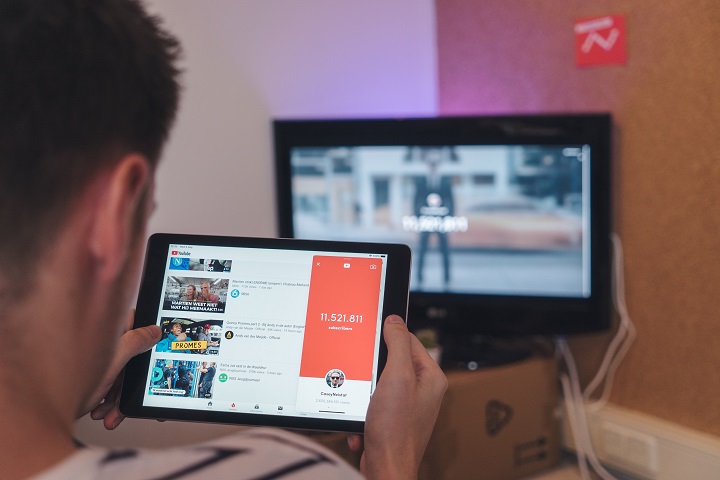 There’s been a feud between Roku and YouTube TV, which is like David versus Goliath, and the result is that Roku pulled the YouTube TV app from its platform (or YouTube TV dropped it, depending on who you ask).

However, all is not lost. YouTube made it so that you can still watch their content on Roku devices; you have to do it via the YouTube app.

One of the most excellent features of YouTube TV is its cloud DVR. Any live TV streaming service worth its salt has one these days, but YouTube is much less restrictive than the DVRs used by other services.

While others limit the number of hours of content you can store or automatically delete recordings after a month, YouTube TV lets you store them for nine months. Competing streaming services charge extra for additional storage, so YouTube TV is your ideal option if you’re addicted to recording series or movies.

Like most streaming services, YouTube TV also offers its users the option to watch on multiple screens. To be specific, you will have the option to create up to six sub-accounts for family members, of which three can watch the service simultaneously. There is no option to upgrade to a higher plan.

Most of the channels included with a YouTube TV subscription allow you to watch their shows after they’ve aired on demand. This can be a helpful way to catch up on old episodes or seasons that aired before you started recording them using the DVR feature.

YouTube TV gives you a great feature if you have a Google Home speaker like the Google Nest Mini. If you use a Chromecast device to watch YouTube TV: you can use your voice control features to select a TV channel to watch live, launch specific programs, record a program, or use the play, pause, resume, and rewind functions. 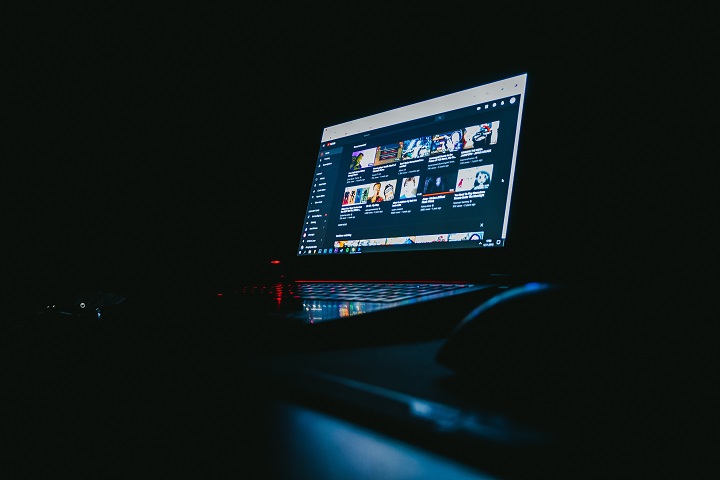 Picture in picture for mobile devices

If you are an Android user, you can watch a minimized version of YouTube TV on your phone or tablet while doing other tasks. This doesn’t work on an iPhone until iOS 14, but you can do the same thing if you have an iPad that supports multitasking.

This feature allows you to skip various segments without selecting new shows on your YouTube TV. The feature is available in TV apps and will soon be coming to mobile devices.

If you want to watch YouTube TV on a desktop or mobile device to help with eye strain.

Select Mark as Watched on Computer and Mobile Devices for any shows you’ve already watched.

One of the best features of YouTube TV is that it is one of the most accessible streaming services.

YouTube TV is one of the first live streaming services in the US to offer some live content in 4K resolution (Fubo TV). In live streaming, you will find ESPN, Fox Sports, and NBC Sports content. There is also some material on-demand in 4K. You’ll also find 4K content from Discovery, FX, Nat Geo, and Tastemade.

It should be noted that 4K streaming isn’t available on all devices, but to date, you can find it on Chromecast with Google TV, 4K-capable Roku devices, the 2021 Apple TV 4K, and Amazon Fire TV Stick 4K, NVIDIA Shield, and more. Android TV 4K intelligent TVs.

Overall, YouTube TV has a competitive lineup of channels, linear and non-linear (meaning something different than what you find on traditional cable TV), compared to other cable services like Hulu With Live TV, which is The only other streaming service with roughly the same number of subscribers as YouTube TV.

But there are always details. If YouTube TV has the channel you’re looking for, great! But if you don’t have it, you will have to look elsewhere. This is how competition works.

YouTube TV took a hit when it lost Sinclair-owned regional sports channels in October 2020. The same thing happened to just about every other streaming service, though.

These are all YouTube TV channels (there may be some differences depending on where you live). 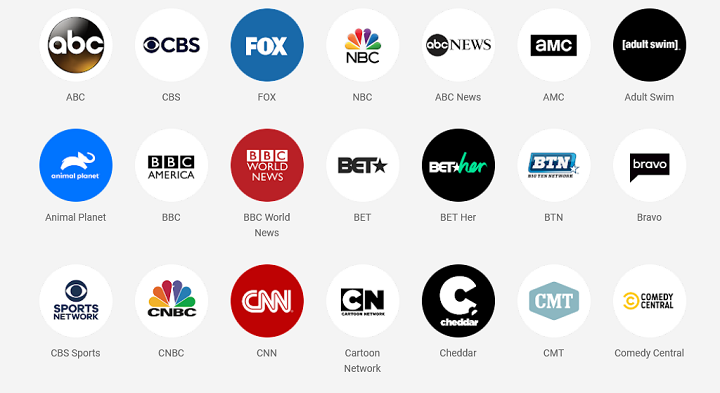 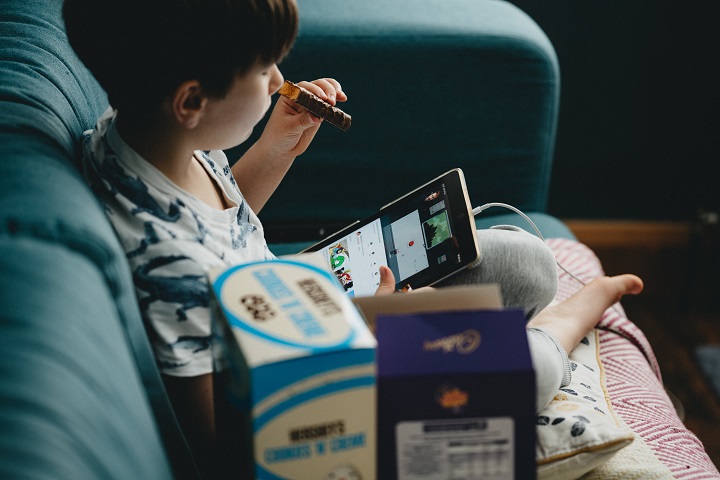 Please note that your access to YouTube TV will not be closed immediately, but you will continue to have access until the end of your billing period. When the payment is not renewed, you will lose access to all live TV streams.

After 21 days of non-payment, you will also lose access to your recorded shows.

At $65 a month for over 85 live TV channels, YouTube TV is an excellent value if you’re looking for a total cable replacement. Its access to YouTube Originals and its status as the only live streaming service to offer PBS channels are remarkable.

Unlimited DVR storage is just the icing on the cake. The fact that Google is behind this service is why we recommend that you give this option a try. You can count on Google to keep making updates and fixing any issues.

YouTube TV appeals to those who want to ditch cable thanks to its selection of channels, assuming these are the channels you’re looking for.

We recommend that you try YouTube TV to decide if it meets your needs, and thus you will not have to pay a month of subscription. Google offers a trial period of one week for those who want to try the service.

Just sign in on your desktop through a web browser. Due to a mobile service outage, signing up on an iPhone, iPad, or Android device will skip the trial period.

How to Change The Mouse Pointer in Windows Operating System